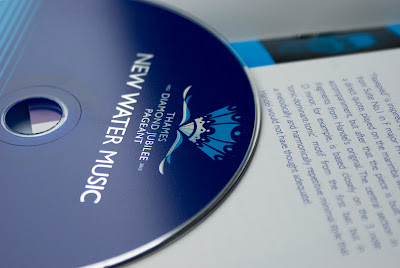 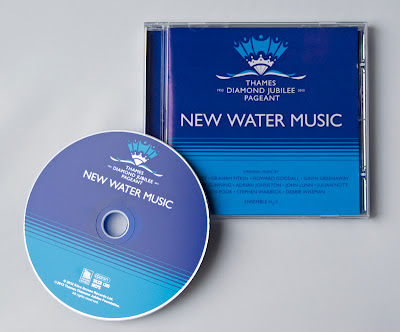 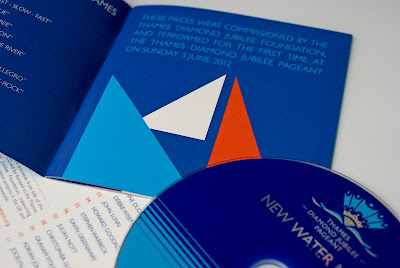 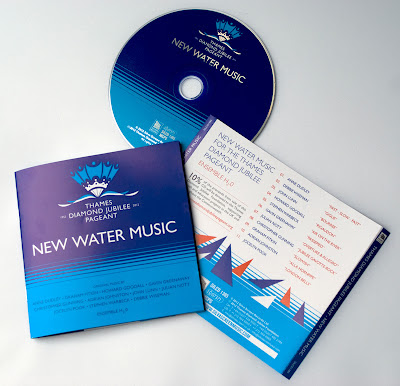 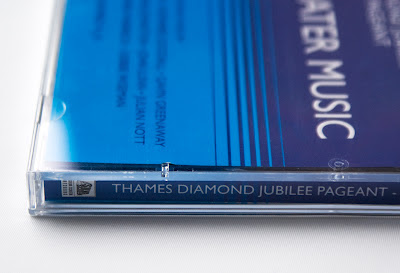 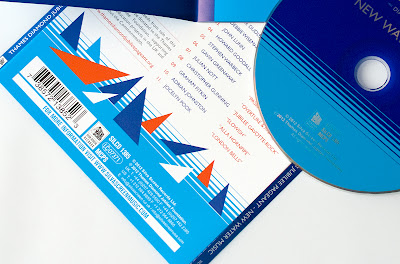 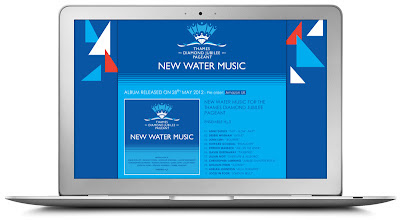 I made use of a native British colour palette with emphasis on the blue tones of the official Thames Diamond Jubilee Pageant logo to create a bold and graphic representation of the waters that will host the event, using horizontal strokes to suggest both the surface of the Thames and instrumental strings, as well as the geometric angles of decorative bunting and sails.

I also designed the website for this release, which can be seen here:
www.diamondjubileemusic.com

And finally, more information on the Thames Diamond Jubilee Pageant can be found here:
www.thamesdiamondjubileepageant.org
Posted by Stuart Ford at 17:12 No comments: